The Prize is named in honor of Charles C. Moskos, PhD, beloved mentor, friend, and former
President/Chair of IUS. This Prize will inspire future generations of civil-military relations
scholars by recognizing, promoting, and rewarding annually the best article published by an
emerging scholar in Armed Forces & Society.

Click here to contribute to the Charles Moskos Prize via PayPal: 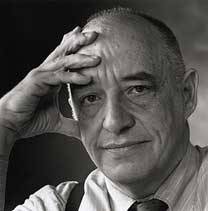 We are happy to announce Dr. Matthew Cancian as the 2022 winner of the Charles Moskos Prize for his article “The Motivation to Enlist Among Kurds.”

Dr. Cancian’s article, addresses theoretically and empirically a central question in military sociology: why individuals join armed forces. The author seeks to assess the degree to which Charles Moskos’s classical analytical framework on motivation to enlist “travels” to other contexts, here Kurdish fighters engaged in the fight against ISIS, thereby encouraging comparative perspectives in military sociology. He provides a nuanced answer: Moskos’s model is useful but incomplete. To better take into account the specific context of the recruitment of Kurdish fighters, he combines a new category – the desire for revenge – to the classic occupational and institutional motivations to join. The award committee found particularly stimulating and fruitful the paper’s effort to explore a classical theme such as enlistment in the non-state context of a war-fighting militia. This helps to explain motivations to join under unique conditions, very different from typical Western militaries. Moreover, Kurdish recruitment is of high interest to Western armed forces seeking allies in the fight against ISIS and beyond. Lastly, the paper is grounded in a fascinating empirical enquiry under difficult, ongoing war condition. It is the result of a fruitful cooperation with local researchers as well as local Kurdish commanders. In sum, the paper makes an important contribution to the study of nonstate warfare from a sociological perspective.

Dr. Cancian studies military operations at the Naval War College as a contractor for Saalex Solutions. He received his PhD in Political Science from the Massachusetts Institute of Technology in 2022, where he concentrated in Security Studies and Comparative Politics. His thesis was about the motivations of combatants and the effects of training, based on a survey of 2,301 Kurdish fighters (Peshmerga) during their war against the Islamic State. He is interested in adding new, data-driven perspectives to all questions pertaining to security studies. Before MIT he earned a Masters in Law and Diplomacy from the Fletcher School and a BA in History from the University of Virginia. Between those educational experiences he served as a Captain in the United States Marine Corps, deploying to Sangin, Afghanistan as a Forward Observer in 2011 in support of Operation Enduring Freedom. This innovative article addresses a significant and enduring issue: in a post-pandemic world, neither foreign development aid, nor ethnic conflict are going away. The paper creatively addresses a scholarly gap: the impact of developmental aid on ethnic war, not merely on civil wars in general and other manifestations of state instability previously covered by the literature.

Dr. Mousseau combines several methods in a sophisticated way. She conducted a case study to comprehend to what extent and how foreign aid reshapes domestic politics in developing states, and conducted a large quantitative study as well. The piece features a creative and rigorous treatment of existing data to parse previous murky results on civil war and clarify the relationship between development aid and ethnic violence

Moreover, the author bravely challenges the conventional wisdom. Foreign aid is, and should be, inherently designed to improve domestic stability and, ultimately, favor development. However, it may have the unintended consequence of destabilizing inter-ethnic relations in some countries and thus may become a dangerous cause of war. This insightful, counterintuitive conclusion has immediate policy implications and should help design better foreign development aid.

Dr. Demet Mousseau is an Assistant Professor at University of Central Florida, School of Politics, Security, and International Affairs.